Once again I have not found time to write for this blog in too long.  My projects have been mostly on hold since beginning a new job after Halloween, and another problem has been the time needed to find the photos taken over the past months to accompany anything I wanted to write about.  Now I’m settling into the routine, am working a few less hours, and no longer have the holidays disrupting everything, so there is hope!  😀  I very much want to share about the gothic garden and other projects that I prepared for but didn’t get to post about as they happened.

For today I’d like to belatedly share my Christmas decor.  I was so excited to but simply did not have a chance to write within the reasonable timeframe.  This year I felt very festive and collected a few very lovely ornaments.  We also decided to splurge on a larger tree, because the old one’s uppermost section didn’t light up and it was also very puny looking in the house since it was acquired to decorate a NYC apartment.  😀

I found a little wreath thing at Home Goods that I eventually figured out was meant to ring a pillar candle.   I usually don’t go for little decorative items, but this is a delicately made thing that I found unusual being made with minutely crimped metal wire and even cloves. It is old fashioned and unique enough to pass my clutter test.  😀

Here are closeups of  ornaments.  The three in the first photo are from Romania, and the other two were made in Egypt.  I went from Home Goods, to TJ Maxx, to Marshalls searching for more of the Egyptian kind in vain.  Perhaps next year I’ll have some luck.

These came from Century 21 and were discounted just a day or two before Christmas.  I hope they may still have them, even more heavily marked down, whenever I get back there.  The frosted sort are of very heavy glass and have an odd treatment causing the bubbled frost look.  It reminds me of the effects of the centuries on ancient glass items in museums. 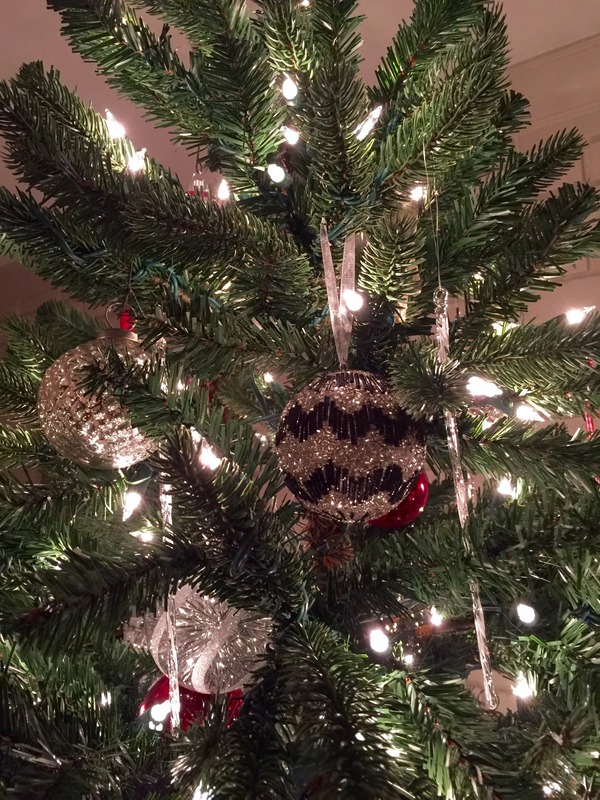 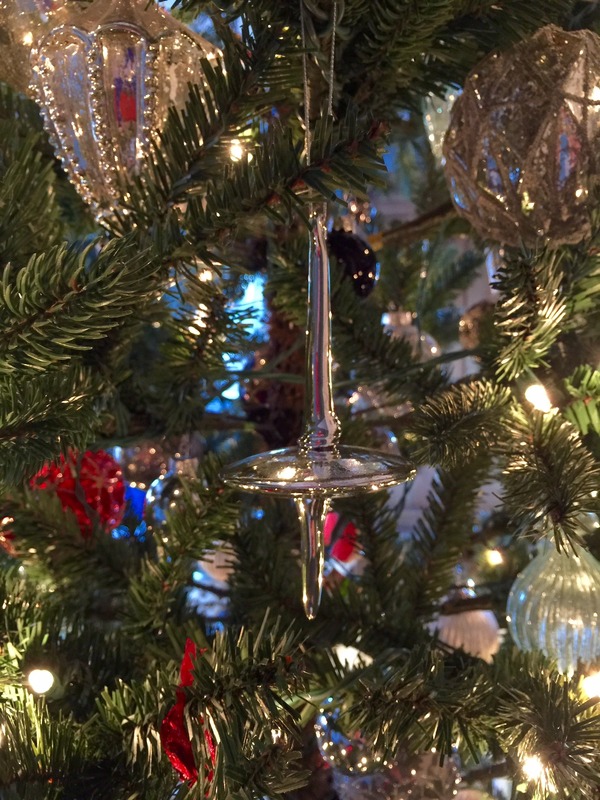 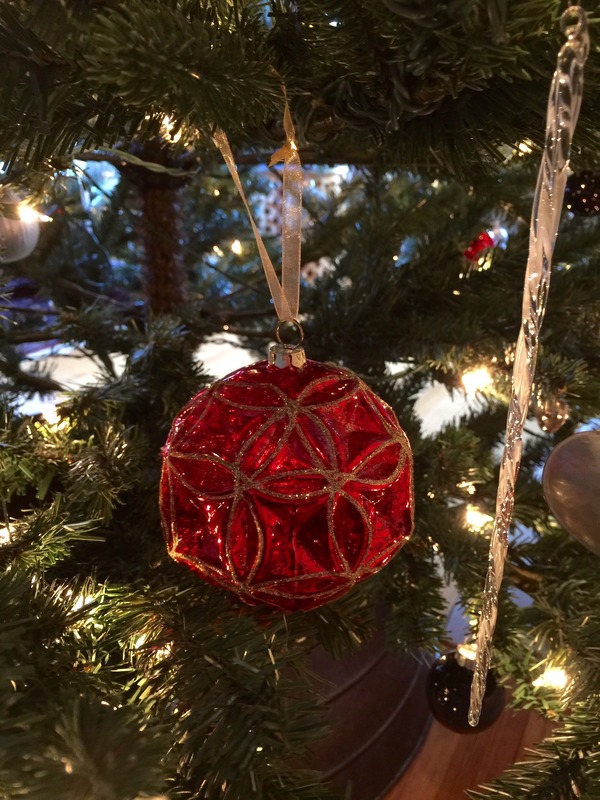